20 years of racing: “Dancing at the edge”

The first comic “Dancing at the edge” tells of one of the most thrilling situations in the history of X-raid. At the 2004 Baja Vodafone 1000 Portugal, Khalifa Al-Mutaiwei left the fans along the track breathless on several occasions. The driver from Dubai pushed the BMW X5 to its limits several times within a few seconds, but saved the day and produced spectacular images.

But Al-Mutaiwei is not only part of X-raid history because of his “borderline experience”. He was responsible for one of the first milestones in the history of the team from Trebur. In 2004, Al-Mutaiwei won the first FIA International Cup for Cross-Country Rallies title for X-raid in a BMW X5. After a long break, he climbed into the MINI ALL4 Racing in 2012 and repeated his success.

For the video “dancing at the edge” please click here. 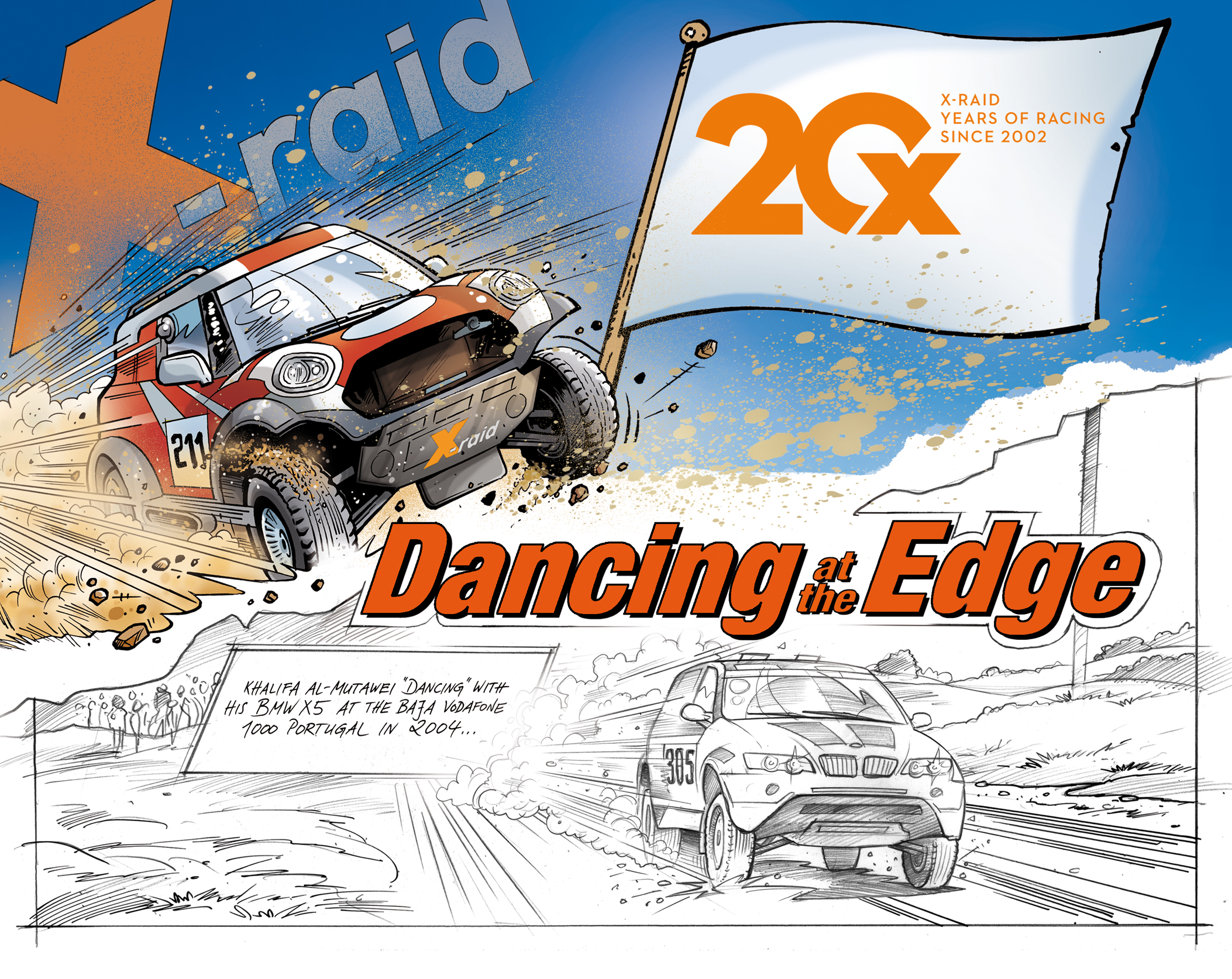 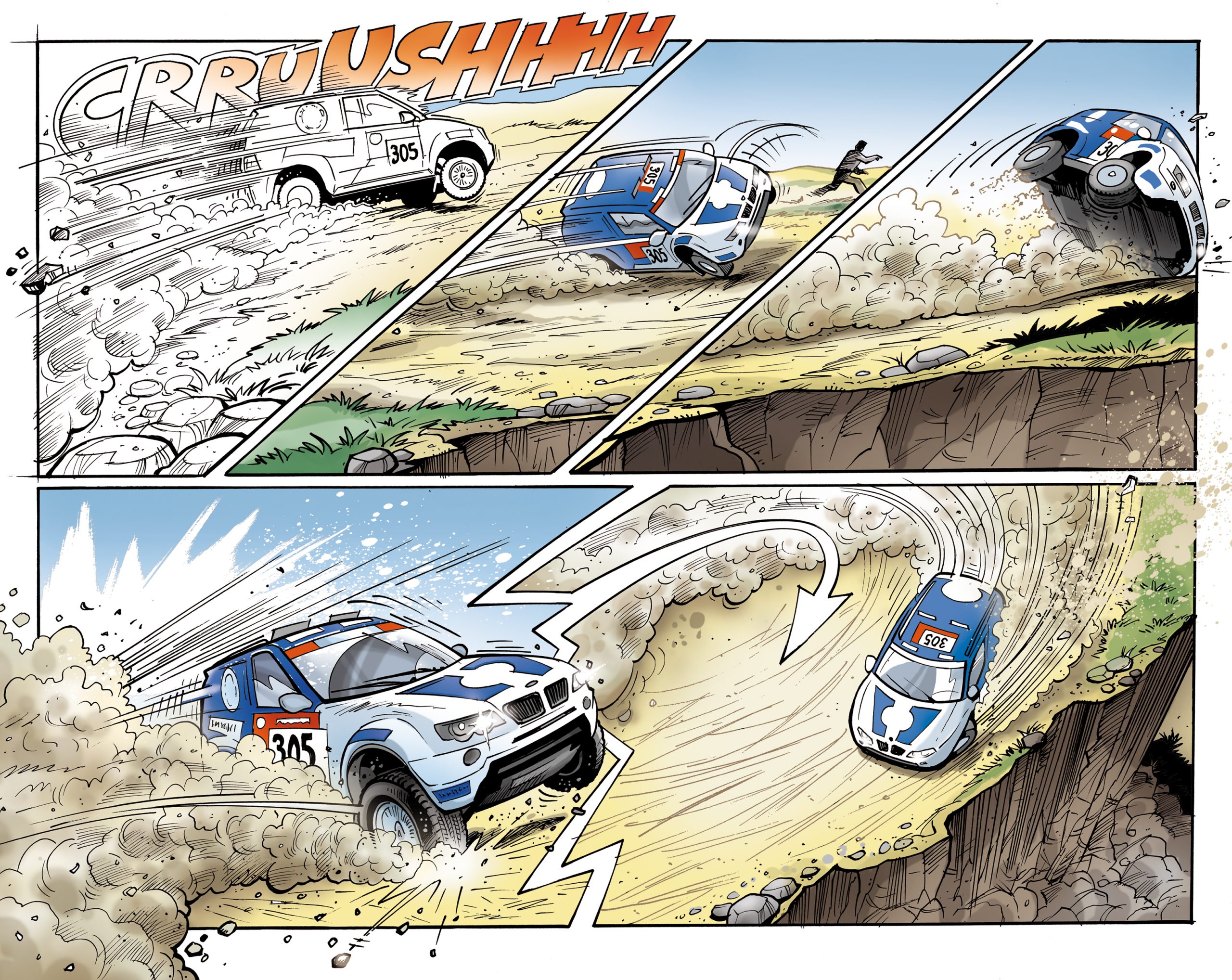 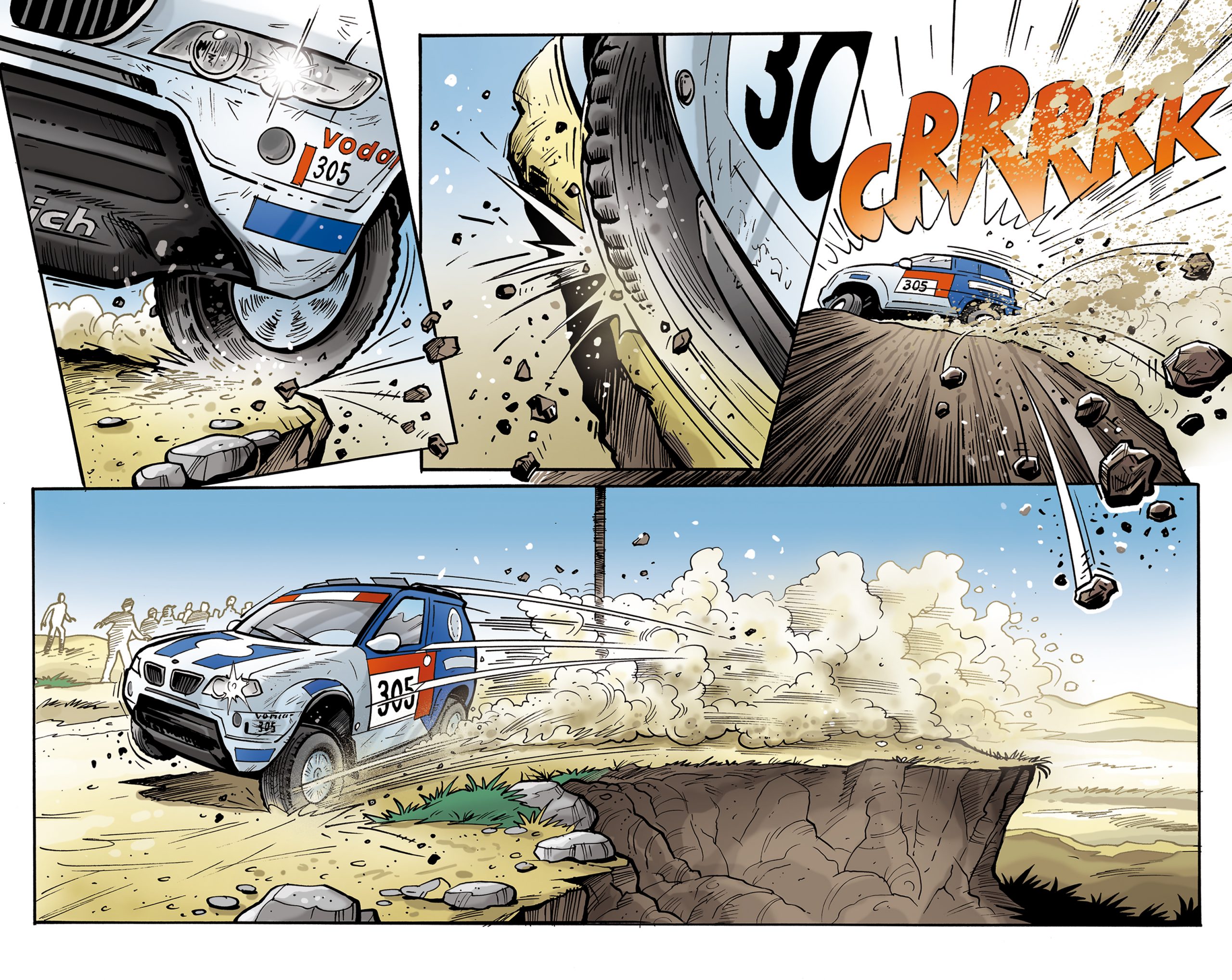