20 years of racing: Speed crossing of the Andes

The second comic “Speed Crossing of the Andes” is a good example of the great morale and commitment that the X-raid team members have shown for 20 years.

The 2011 Dakar saw Stéphane Peterhansel and Jean-Paul Cottret compete for the last time in the BMW X3 CC. They had not yet covered 100 kilometres of the connecting route of the tenth stage from Copiapo to Chilecito when a gearbox failure forced them to stop. The two Frenchmen prepared as much as possible for the repair. The mechanics and service trucks tried to get to the BMW X3 as quickly as possible, despite the heavy traffic. After all, there were not only about 500 kilometres to go, but also the more than 4000-metre-high Paso San Francisco and the border crossing from Chile into Argentina.

The mechanics managed to change the gearbox and prepare the BMW X3 CC for the strenuous crossing of the Andes in a record time of just 40 minutes. Now it was up to Peterhansel to make it in time for the start, which would take place just a few hours later. The Frenchman managed to cross the Andes in record time, arriving just five minutes before the start. But he managed to do even more that day: Despite his efforts in the run-up, he secured third place for the day. He finished the 2011 Dakar in a strong fourth place.

Speed crossing of the Andres – the comic 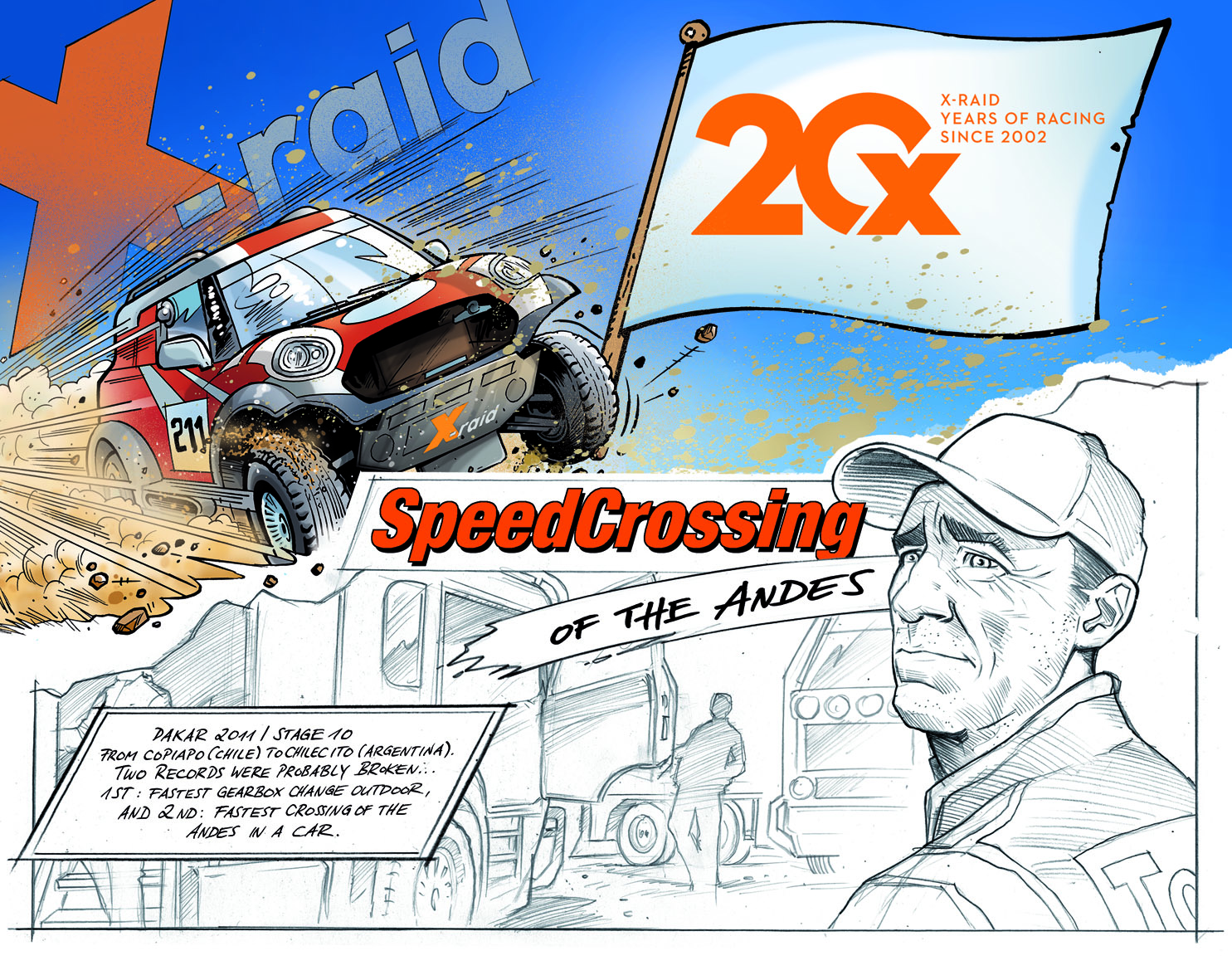 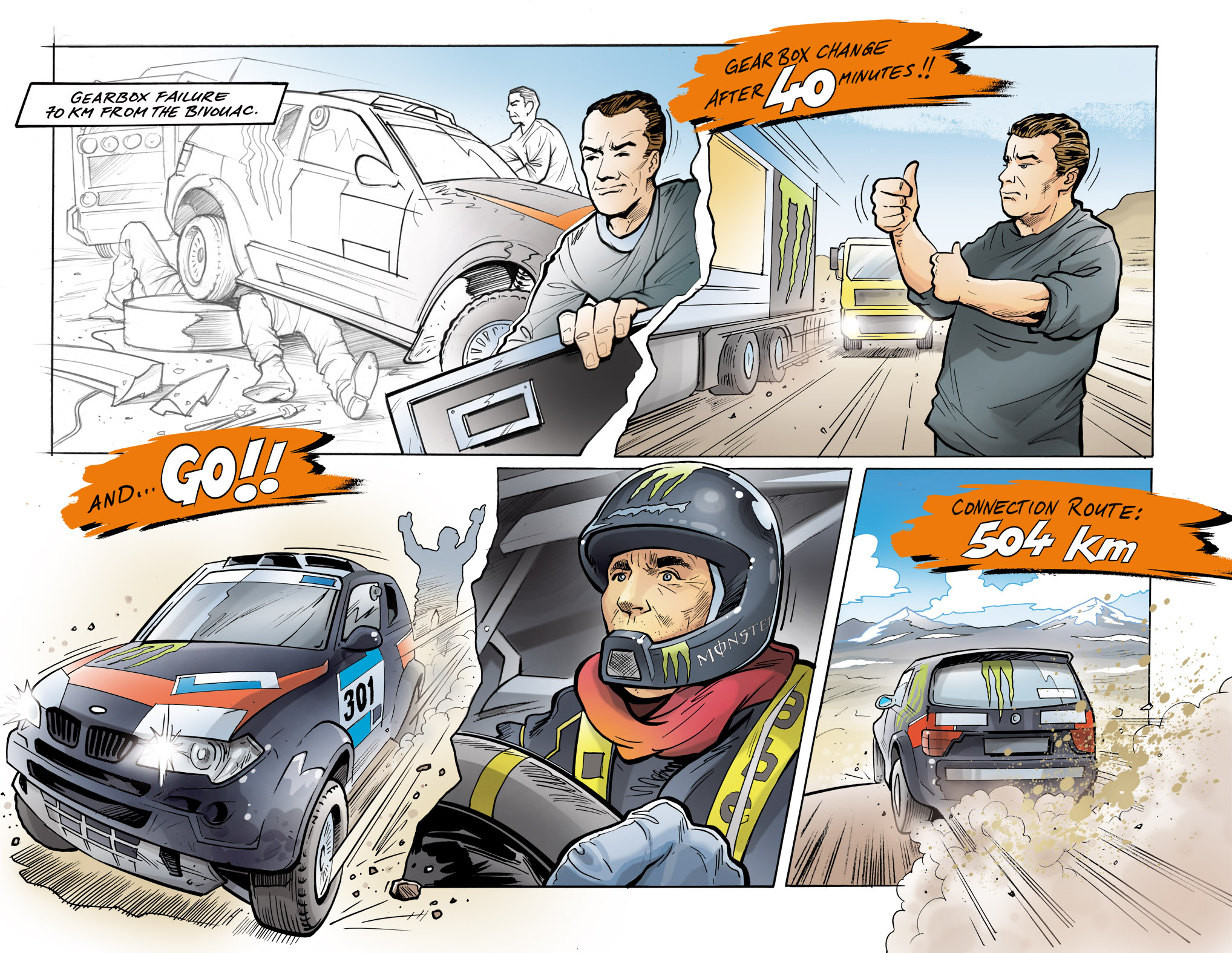 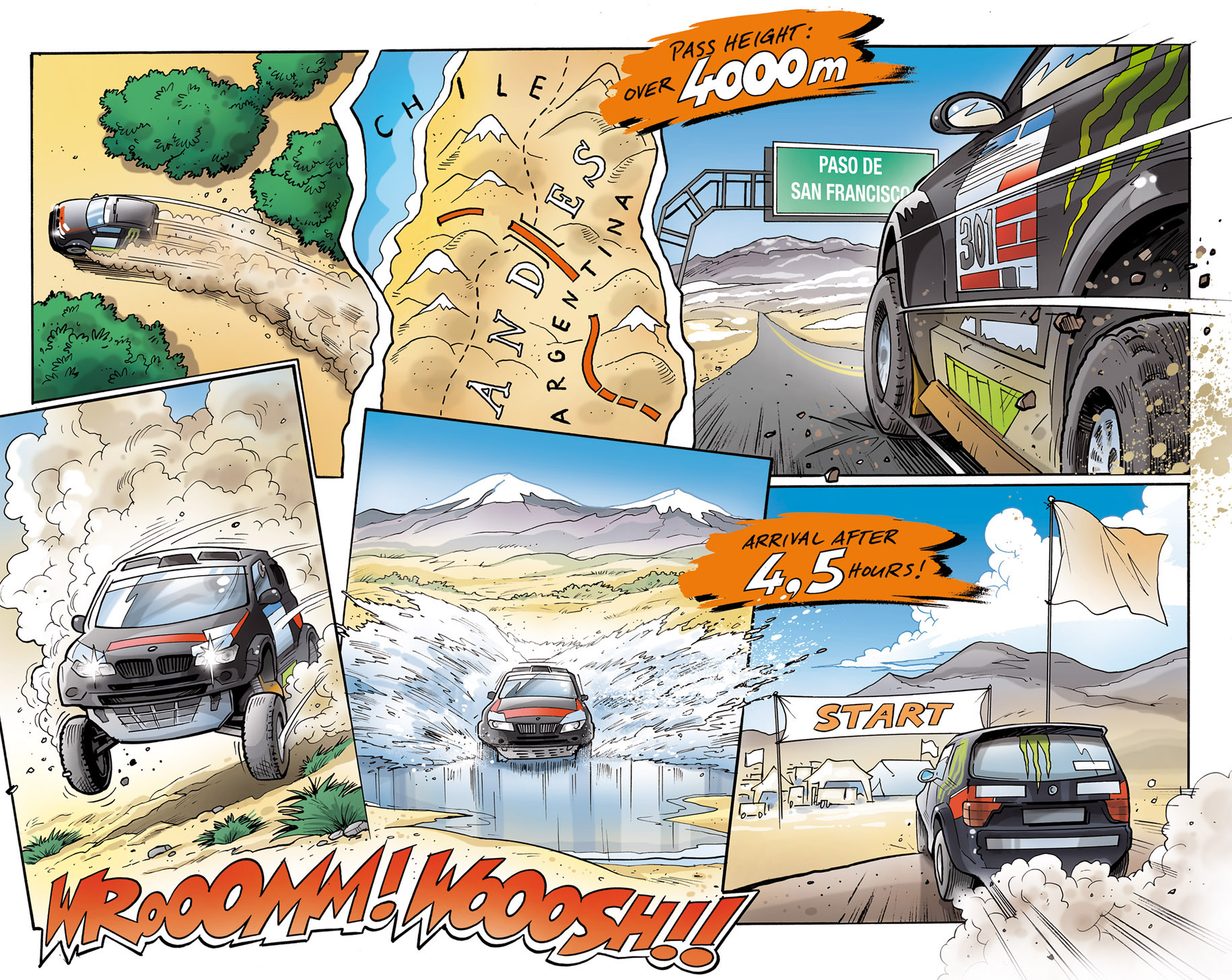 Speed crossing of the Andes – the video