Dakar 2020: Sainz and Peterhansel in the X-raid MINI JCW Buggy

In January 2020, the Dakar Rally embarks on a new chapter: After ten events in South America, the iconic desert rally will take place in Saudi Arabia for the first time. As it takes on this new challenge, X-raid is counting on the experience held by Carlos Sainz (ESP) and Stéphane Peterhansel (FRA), each of whom will be at the wheel of a further-developed X-raid MINI John Cooper Works Buggy.

Experience gained during 15 Dakar wins
Sainz has won the Dakar twice in the past – most recently in 2018. “El Matador” is one of the biggest personalities in rallying, and once again has got the ambitions of taking victory in 2020. Before switching to off-road racing, he won the World Rally Championship on two occasions (1990, 1992). The man from Madrid can rely on the support of his long-term co-driver Lucas Cruz (ESP).

For Stéphane Peterhansel, the coming Dakar will be a very special one: His wife Andrea will navigate for him at this event for the first time. The husband and wife duo won this year’s Abu Dhabi Desert Challenge together and finished runner-up in Kazakhstan. As such, “the Peterhansels” still have a chance of taking overall victory in the FIA World Cup for Cross Country Rallies. They are currently second in the table, nine points off the lead.

Stéphane Peterhansel claimed the first Dakar victory for X-raid in 2012, at the wheel of a MINI ALL4 Racing. One year later, he repeated that success. In total, “Mr. Dakar” has won the iconic desert rally 13 times. Six of those victories have come on motorcycles, the remaining seven on four wheels.

The route of the 2020 Dakar takes the competitors through almost the whole of Saudi Arabia. The rally starts on the 5th of January in the port of Jeddah. From there, the route runs through the north of the country to the capital Riyadh, where the teams will have a rest day. The second part of the rally sees the Dakar caravan head to the south – to the so-called Empty Quarter. The finish and podium ceremony will be at Al Qiddia, a city 40 kilometres from Riyadh, on the 17th of January.

Cooperation with old and new partners
As well as the collaboration with Red Bull, X-raid can also count on the support of other partners. The decision to move the Dakar from South America to the Arabian Peninsula has been well received, particularly in the region itself. This has allowed X-raid to welcome a new partner on board: The Kingdom of Bahrain closed a cooperation deal with the team, and will be represented on both cars and the race overalls of the German team. Bahrain is no stranger to the motorsports industry, being the first country in the GCC to host a Formula 1 race. The Kingdom continues to support innovative companies like X-raid as it embraces digitalization and disruption.

The South American petrol station chain Primax has also extended its sponsorship of X-raid, despite the Dakar moving away from the South American continent. Carlos Gonzales Camargo (CEO of Primax S.A.) proudly announced that “Primax will continue the partnership with X-raid. Even if the Dakar is moving to the Arabic Peninsula, we decided to support the Team and extending the activation around the drivers Stéphane Peterhansel and Carlos Sainz.”

Modifications to the MINI JCW Buggy
In preparation for the battle for a fifth Dakar victory for X-raid, the team has made further improvements and developments to the MINI JCW Buggy. One modification that spectators will be able to recognize at first glance is the shorter front of the car, which was developed by X-raid. This should make the buggy easier to drive and faster, particularly in the dunes.

Sven Quandt
“In Carlos and Stéphane, we have two drivers who not only have a lot of experience, but are also very familiar with the MINI. As such, we should be well equipped to take on the challenges that await us in January. The same goes for the MINI John Cooper Works Buggy, which we have continuously developed and tested over the course of the season. We are pleased to be able to welcome a new partner from the region, the Kingdom of Bahrain. The fact that Primax will continue to work with us is a clear sign of how much positive awareness X-raid and the Dakar have generated at previous editions of the rally.” 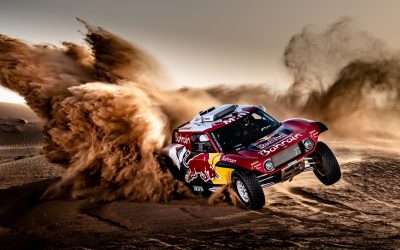 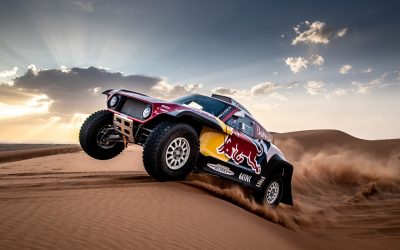 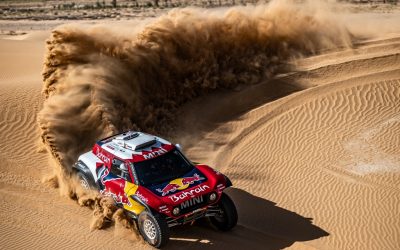 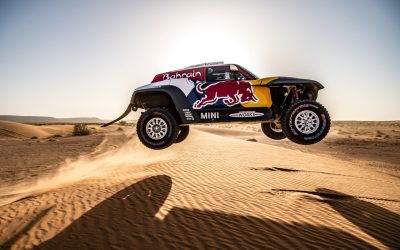 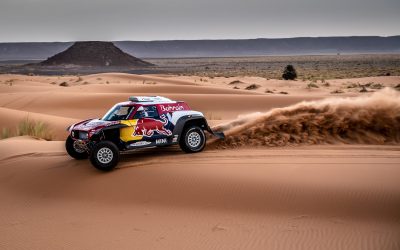 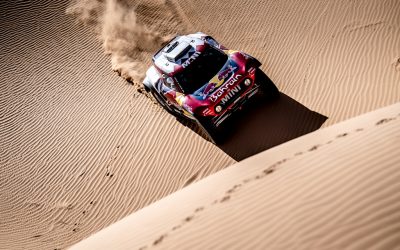