The seventh leg of the 2020 Dakar Rally, from Riyadh to Wadi Al Dawasir, saw Carlos Sainz and Lucas Cruz (both ESP) pick up their third stage win in the MINI John Cooper Works Buggy. In doing so, they extended their lead in the overall standings. Stéphane Peterhansel (FRA) and Paulo Fiuza (POR) finished third in their MINI JCW Buggy.

Three MINI John Cooper Works Rally crews made it into the top ten: Jakub “Kuba” Przygonski (POL) and Timo Gottschalk (GER) finished eighth, ahead of Orlando Terranova and Ronnie Graue (both ARG) in ninth place. They were followed in tenth place by Yasir Seaidan (KSA) and Alexey Kuzmich (RUS).

Sainz lost time at the start of the stage and found himself back in eighth place at one point. However, he fought back to take the lead with roughly 200 kilometres remaining and never looked back. “The pace was very high today,” said the Spaniard. “We were able to go full-throttle a few times today.”

Victory on day six meant Peterhansel and Fiuza had to open stage seven. Despite this, they were constantly among the leading group and were third fastest at the finish. “Today’s stage was really fast, over 550 kilometres in less than four hours,” said Peterhansel. “You have to be particularly focussed at those kind of speeds, as even a small mistake can mean it is all over. We had no problems with the navigation.”

Przygonski was 16th onto today’s stage and set a furious pace from the word go. “I think we were at full throttle for 90% of the time today,” said the Pole. “The route was really simple and not particularly demanding technically. We were able to make good progress from the back and overtake a few cars.”

Terranova and Graue tightened their grip on fifth place in the overall standings with ninth place on stage seven. “Today’s stage was pretty easy – both for the driver and the navigator,” said Terranova. “I picked up a few issues with my neck on the leg before the rest day so I need to get on top of them as soon as possible, in order to be able to push hard again during the last days.”

For a while, Seaidan and Kuzmich surprised all for a while. The MINI JCW Rally crew was extremely fast midway through the stage and actually topped the times. “The stage was quick, but with a lot of dunes,” said the Saudi. “We were very good at the start, but unfortunately we then suffered three punctures. Despite that, I am still happy with today’s result.” Tenth place on today’s stage keeps them in ninth place overall.

Today’s race day is overshadowed by the death of Paulo Gonçalves. The X-raid team mourns the loss of a true Dakar legend – our deepest sympathy goes above all to his family and friends.

The teams remain in Wadi Al Dawasir tomorrow, while the drivers complete a loop around the bivouac. After 132 kilometres of liaison stage, they face 477 kilometres against the clock on the eighth special stage of this year’s rally. They then travel 107 kilometres back to the bivouac. 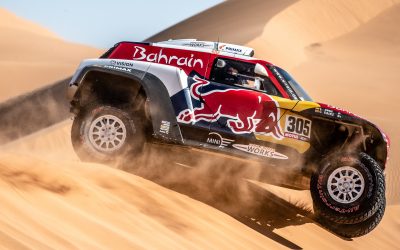 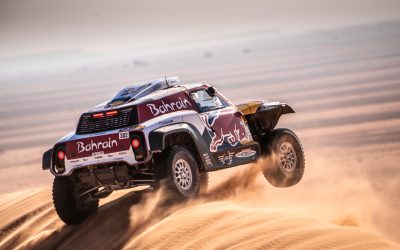 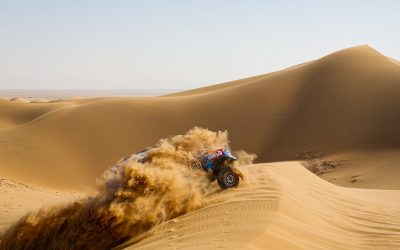 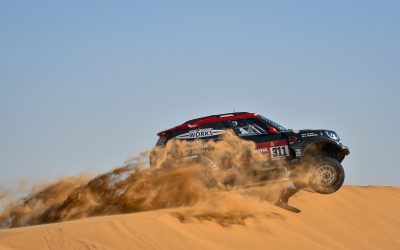 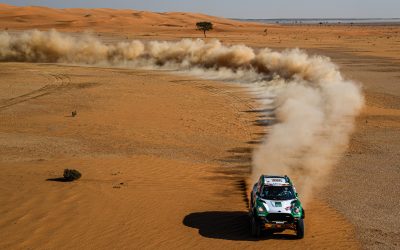