Today’s eighth stage, around the bivouac in Wadi Al Dawasir, shook up the timesheets at the Dakar 2020. Orlando “Orly” Terranova and Bernardo “Ronnie” Graue (both ARG) finished third in the MINI John Cooper Works Rally, behind Mathieu Serradori and Fernando Alonso. Jakub “Kuba” Przygonski (POL) and Timo Gottschalk (GER) ended the stage in sixth place. The Bahrain JCW X-raid Team crew of Stéphane Peterhansel (FRA) and Paulo Fiuza (POR) cameback ninth in the MINI JCW Buggy. Their team-mates Carlos Sainz and Lucas Cruz were 13th. Although Sainz still holds the overall lead, ahead of Al-Attiyah and Peterhansel, today’s results have seen the gaps between the top three come down.

The motorcycle and quad competitors remained in the bivouac today, following the death of motorcyclist Paulo Gonçalves yesterday. This made the stage a major challenge for the co-drivers in the first cars. They were unable to use the tracks of those in front of them to orient themselves, as they would usually. As such, the drivers starting further down the order benefitted even more from the work put in by the crews in front of them.

Third place on today’s stage allowed Terranova to make up some time on Yazeed Al-Rajhi ahead of him in the overall standings. He was right up there with the leaders throughout the whole of today’s stage, but lost a little time when he had to stop for a puncture. “The leg was nice and we tried to push,” said Terranova. “Unfortunately, we picked up a puncture behind another car.”

Przygonski claimed another top-ten finish in sixth place. “Today’s stage was very fast again,” said the Pole. “However, there were also a few tricky dunes, which were very soft and offered poor visibility. We briefly went the wrong way once and lost a few minutes as a result. I hope that the coming stages are a little slower again.”

Peterhansel and Fiuza started third, but they had to use all their navigational skills when they found themselves first on the road after roughly 250 kilometres of the stage. Ninth place saw them gain a few minutes on Al-Attiyah and Sainz in the overall standings. “Even with the tracks from the motorcycles, navigation would have been difficult today,” said Peterhansel. “When Carlos and Nasser got stuck, we ended up opening the stage. Navigation was so tough that I had to drive a little slower. That allowed some of our rivals to catch us and five of us arrived at the finish at the same time.

Sainz and Cruz were first into the stage, but lost a few minutes searching for the right route. They also briefly got stuck in the dunes. “We had to open the stage today and navigation was even more difficult without the tracks from the motorcycles,” Sainz explained. “We got stuck in the dunes once, after which I pushed hard to try to catch the others.”

Yasir Seaidan (KSA) and Alexey Kuzmich (RUS) were also well set to claim a top result today. However, they got stuck in the dunes a few kilometres out from the finish and lost roughly 40 minutes as a result.

Sven Quandt: Team Manager X-raid Team:
“It was to be expected that the top three cars in the overall standings would struggle today. The three of them laid down the tracks for those behind them, who picked up a lot of time as a result.” 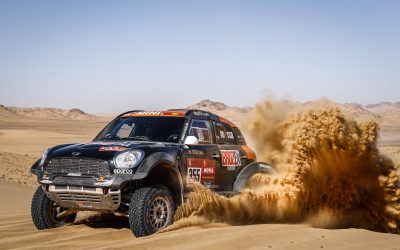 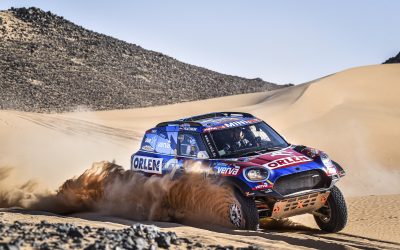 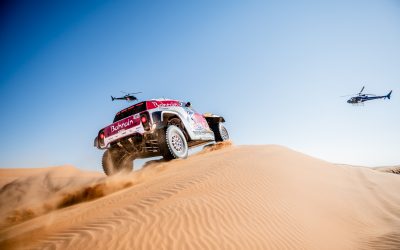 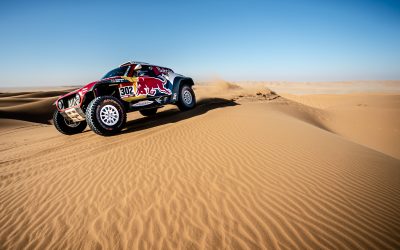 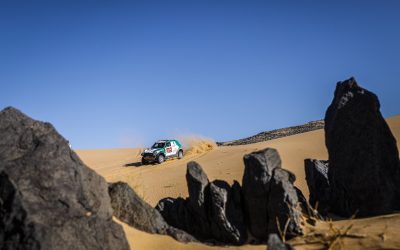 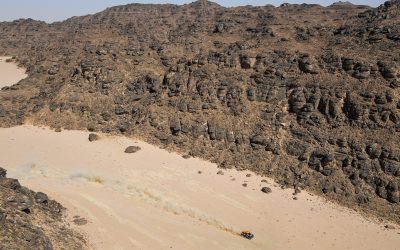 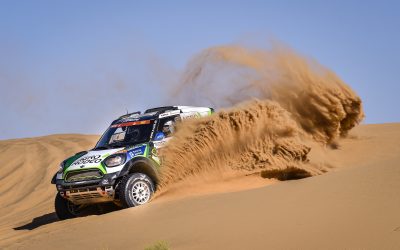 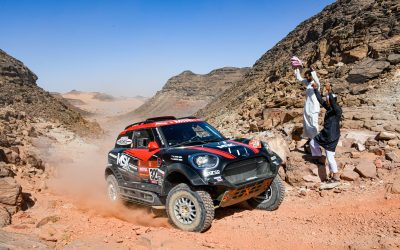