Orlando ‘Orly’ Terranova and Bernardo ‘Ronnie’ Graue (both ARG) claim victory at the Italian Baja, the third round of the FIA World Cup for Cross Country Bajas, in the MINI John Cooper Works Rally. Jakub ‘Kuba’ Przygonski (POL) and Timo Gottschalk (GER) did not enjoy such good fortune, retiring after an accident on Saturday morning.

Terranova secured the overall win at his first rally since the Dakar in January. The Argentinian driver came out on top in three of the six special stages, finishing the remaining stages in second place. This was a controlled performance with a final winning margin of over four minutes.

Having suffered bad luck at the Rally Kazakhstan, events once again conspired against Przygonski and Gottschalk in Italy. Przygonski delivered a commanding win in Friday’s prologue with the MINI JCW Rally. However, the Polish driver struck a tree during the first special stage on Saturday. It was not possible to repair the car during the short service period and Przygonski was forced to retire.

Orlando Terranova
“We are very happy. It was my first event since the Dakar. I immediately found my rhythm and was able to attack. The Italian Baja was very tough for the car, but the team did a great job. On Sunday I felt even better. I think we can compete for the World Cup title – let’s see.”

Peterhansel and Schott on the Nordschleife
While Terranova was battling for the win in Italy, Stéphane Peterhansel and Stephan Schott were competing on unfamiliar territory. The two drivers appeared for a demo lap in the MINI JCW Buggy and MINI JCW Rally just before the start of the ADAC Total 24-hour race at the Nürburgring. “We went round slowly but the Nordschleife is extremely impressive,” explains Peterhansel. “I have never driven here before. The turns and the climbs and descents are a lot of fun. A great experience.” 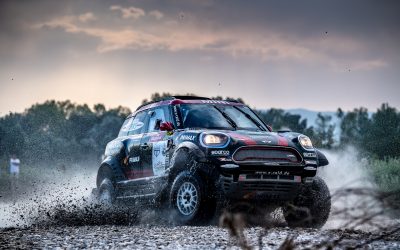 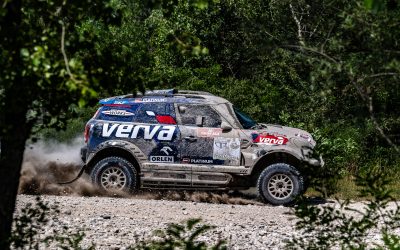 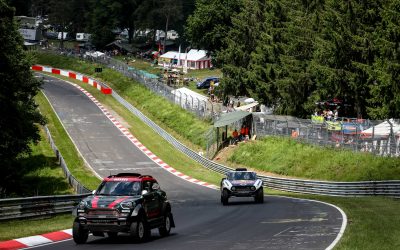 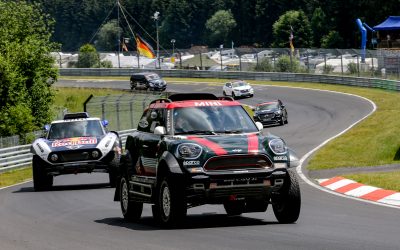