It’s done – two weeks Rally Dakar across Paraguay, Bolivia and Argentina, in torrential rain, mud, heat and in enormous altitude! All the three MINI John Cooper Works Rally vehicles survived their debut appearance and made it to the finish line – just as four of the five MINI All 4 Racing pairings that contested the event. And in this gruelling rally, taking both man and material to their very limits, six of the seven MINI racers that finished the event made it to the top 20. The past two weeks were extremely eventful and in the end, Orlando Terranova (ARG) and Andreas Schulz (GER) with their MINI John Cooper Works Rally coped best with the continuous ups and downs to finish sixth in the overall ranking. Right behind them, Kuba Przygonski (POL) and Tom Colsoul (BEL) came seventh. While Qatar’s Mohamed Abu Issa, supported by his French navigator Xavier Panseri, secured the really fine 10th place, in his first Dakar.

The debut appearance of the new MINI John Cooper Works Rally was a positive one. The three rally vehicles covered the covered the gruelling route from Paraguay via Bolivia to Argentina without encountering any major technical problems. Meanwhile, the conditions and circumstances made a major impact on the result. Among these circumstances definitely was the enormous altitude in Bolivia that got – in stage four – particularly to Yazeed Al-Rajhi (KSA). Due to massive headache he had to retire from the stage.

Furthermore, the weather prevented the pairings from making up for the lost ground. Several times, special stages had to be shortened or even cancelled. 1400 of the scheduled 4093 special-stage kilometres weren’t contested – that’s more than a third! The ninth stage in particular would have offered the MINI John Cooper Works Rally pairings the chance of pushing. At the end of the day, this Dakar Rally once again demonstrated that the advantage the buggies enjoy over the all-wheel driven cars due to the technical regulations is massive.

For Terranova, the start into the event was particularly difficult. For him, too, the fourth stage proved to be crucial for the rest of the Dakar. Navigation problems and difficulties with the enormous altitude cost him a lot of time – but on the following days he worked his way back up step by step and made it to the top six, in the end. “It was a difficult first week,” he admitted. “We made too many mistakes, thus losing a lot of time. The second week, however, went clearly better and now I’m happy to have made it to the finish, with the car still running flawlessly. The new MINI was just great, the navigation was extremely difficult and the special stages were longer and more technical – it was a far better rally than last year’s Dakar.”
Witnessing Przygonski finishing seventh represents a – minor – surprise. The young Pole who has been racing on motorbikes for a long time contested his only second Dakar at the wheel of a car, this year. He was among the fastest right away and early demonstrated that he was determined to secure a top-10 result. “This was a truly difficult Dakar with several tough moments and difficult navigation,” he said. “Cooperating with Tom was big fun. I am delighted with having finished seventh and I also am happy about getting faster and faster as well as better and better. The difference between last year’s Dakar and this one was huge and I just have to change several things to be able to drive even faster.”
Meanwhile, the 10th place secured by Abu Issa was a big surprise. After all, it was – after several years on a quad – his first Dakar with a car. “This was my fourth Dakar but it differed a lot form the other three. I think that I opted for the best team. They taught me a lot and that’s what I currently am focusing on: learning. While I was the one who taught others when I was racing on the quad. For instance my mechanics regarding the setup I wanted. At X-raid, however, I am the one to learn and this is very important for me as I still am very young. I want to win the Dakar some day and that’s the way you prepare for doing so.”
Hirvonen held a top-five position nearly throughout the rally but he and his co-driver Michel Périn struggled with the extremely demanding navigation – and stage 10 destroyed their hopes for making it to the podium. Problems with the navigation and a collision with a truck cost the Finn more than three hours. “My second Dakar definitely was more challenging and difficult than my first. And although we didn’t achieve what we ha hoped for, in the end, our pace was really good nearly throughout the event,” said the Finn who finished 13th. But then, there was this day with all these problems – but that also is a part of the game. And it may sound crazy but even this stage had its positive factors, for me. There are so many stories I can tell now. And when an event is over, you even can enjoy looking back at such moments. Altogether, I had fun and the Dakar proved to be the adventure I had hoped for. The new MINI delivered in great style and I think we would have made it to the podium.”

Meanwhile, Stephan Schott got out of his MINI ALL4 Racing with a big smile on his face. Together with his Portuguese co-driver Paulo Fiúza he finished 15th, thus securing his best Dakar result ever. “I feel fantastic,” beamed Schott. “It was a nice Dakar although some of the tracks in Bolivia weren’t nice to drive on. A big thank you to my navigator who did a great job.” The Brazilian pairing Sylvio de Barros and Rafael Capoani, who had been signed at short notice as replacement for Bryce Menzies who couldn’t contest the Dakar due to health problems, also were happy with their achievements. “It was a great experience. And although we once lost our way massively, I hadn’t believed that this could happen to us. The MINI is bullet proof – we hit trees and rocks and rolled – and the car survived it all and here we are, having finished the rally.”

Al-Rajhi and his German navigator Timo Gottschalk made a good start into the Dakar but the enormous altitude in stage four made and end to their dreams about a podium. “This year’s Dakar was fun but I’m no friend of racing in high altitudes,” the driver from Saudi-Arabia revealed. “We race at a competitive speed but I felt really bad in the heights and even more so as I had had a cold on the previous days. It’s a real pity as I would have loved to secure a better result. I hope that we – if at all – don’t get to such high altitudes right away but step by step. The MINI is an extremely rugged car. Many other teams encountered technical problems but we didn’t. In our team, the mistakes mainly were made by the drivers.”

The extreme weather made navigating even more difficult. Enormous heat in Paraguay and Argentina as well as torrential rain, mud and coldness in Bolivia took the team to its very limits. But the mechanics succeeded in keeping the concentration level high and did a perfect job when it came to preparing the eight MINI vehicles for the next day evening by evening.

“It was a gruelling Dakar – and this does not only apply to the sport,” said Team Manager Sven Quandt. “This year, the conditions were extremely difficult for everybody. The heat in the early stages with temperatures of more than 40° C, then the Bolivian heights with an altitude of up to 4000 metres above sea level – and in addition, all the rain and the cold. This was physically and mentally extremly demanding. Nonetheless, our mechanics did a fantastic job and displayed a lot of staying power. If you are lying below a car in the rain, with mud everywhere and the water running down your collar… that’s anything but funny. Our MINI racers once again demonstrated their reliability, this year. But unfortunately, the regulation factors with their impact we can’t change prevented us from securing better results. For instance, the diesel powered all-wheel driven cars are clearly penalised by the regulations. All the fast, bumpy sections we had to contest this year were extremely demanding for our MINI and we had no chance against the buggies. Therefore, we will focus even more on the two-wheel drive, in the future.” 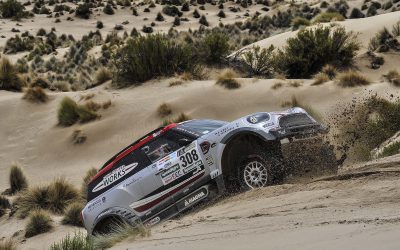 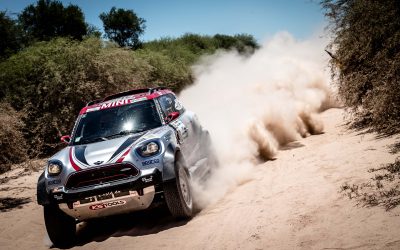 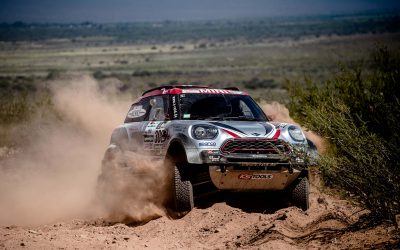 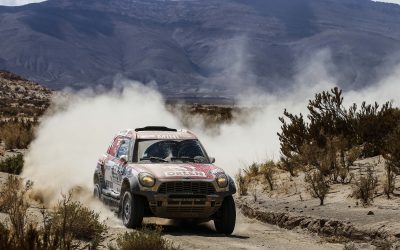 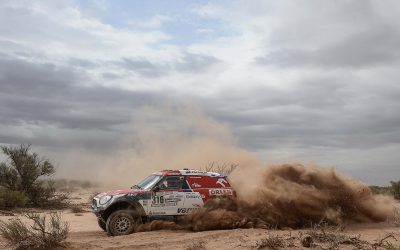 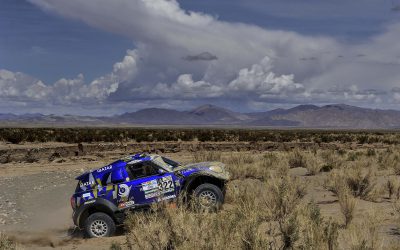 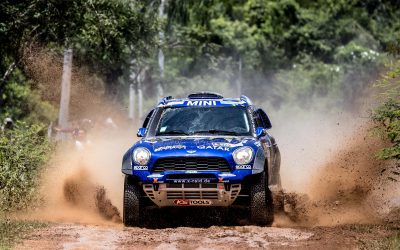 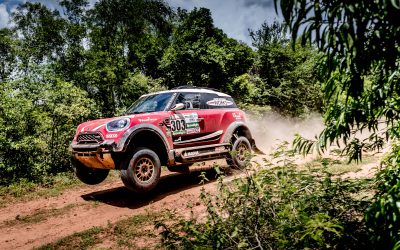 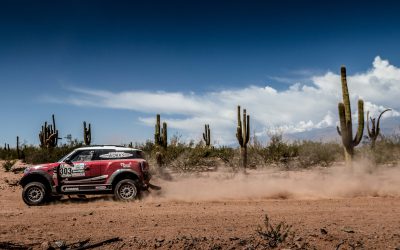 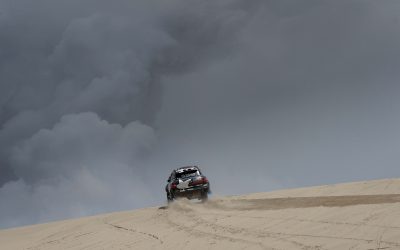 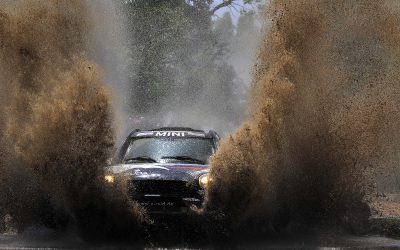 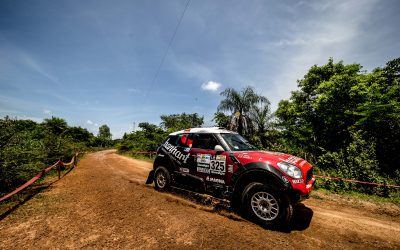 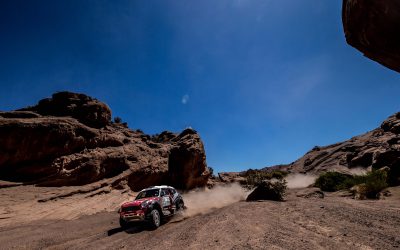 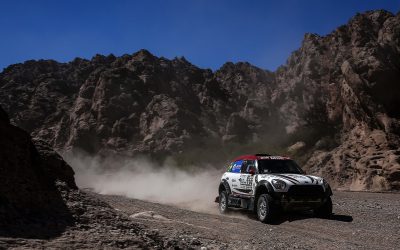 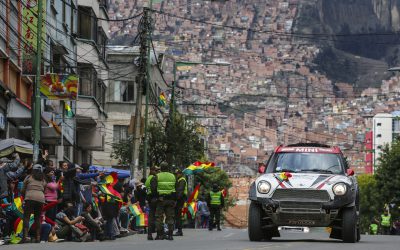 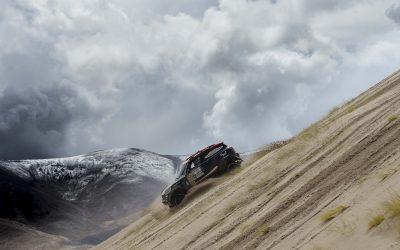 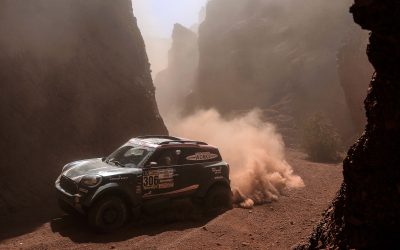