We are all going through a new situation and a difficult time at the moment.

Many rallies have already been postponed and we still do not know when the season will be able to continue. However, we are in contact with the federations and rally organisers. After our victory at this year’s Dakar, we would have loved to have entertained you with more great motorsports, but everybody’s health has to take priority now.

Although our MINIs are currently at a standstill, we are not just sitting around doing nothing. We use the time to come up with ways of improving our cars and making them even more reliable.

In our newsletter, we keep you up to date with the latest developments at X-raid and in the World Cup.

So, take care about yourselves – then we can celebrate our return to the deserts and tracks of this world together.

If you have any questions, suggestions or wishes, please write to us:: newsletter@x-raid.de 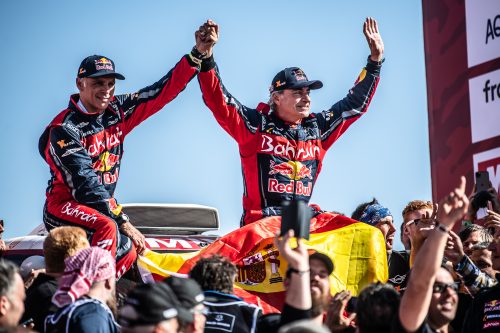 Let’s start with some fond memories: the Dakar 2020 and our fifth win. Carlos Sainz and Lucas Cruz, in the MINI John Cooper Works Buggy, took overall victory as Saudi Arabia hosted the desert rally for the first time. Their team-mates in the Bahrain JCW X-raid Team, Stéphane Peterhansel and Paulo Fiuza, finished third to complete a great result.

However, the man who really caught the eye at the start of the Dakar was Lithuanian Vaidotas Zala, together with his co-driver Saulius Jurgelenas, who guided their MINI John Cooper Works Rally to a win on the very first Dakar stage on Saudi soil.

Our drivers were impressed with the new host country – particularly the sensational scenery. However, one thing did surprise us all: the cold! The organisers did warn us, and X-raid did pack enough warm clothing, but many were still taken aback.

Many pictures around our vehicles at the 2020 Dakar Rally can be found here.

Of course there are also videos: 1st week / 2nd week 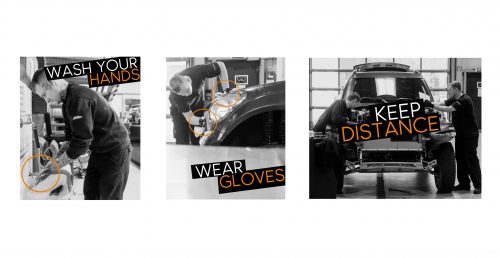 Despite the virus, X-raid still wants to maintain the workflow at its company headquarters in Trebur. It goes without saying that precautions have been taken to reduce the spread of the virus. Certain employees are working from home, the rest of the team is working in two shifts. This allows the employees to maintain the minimum distance from each other more easily. Furthermore, this also prevents the entire team from having to be quarantined, should one become infected. Meetings are no longer held round the conference table, but online or as a conference call.

Should it be possible to catch up on all, or the majority, of the events that have been postponed, the second half of the year will be extremely challenging for X-raid. Plus, the time available for Dakar preparations will be significantly reduced in autumn/winter. For this reason, X-raid is already attempting to push ahead with any work that is currently possible. 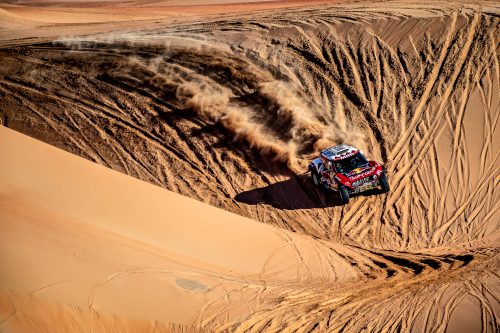 Multiple events have already been cancelled or postponed, due to COVID-19. In the FIA World Cup for Cross-Country Rallies, the first event went ahead as scheduled in Qatar. The Abu Dhabi Desert Challenge, which should actually have taken place in March, has been postponed – a new date has yet to be confirmed. The Rally Kazakhstan, which was initially scheduled for the end of May, has aslo been moved back to autumn.

The FIA World Cup for Cross-Country Bajas has been forced to make a number of changes. It was possible to stage the first event, the Baja Russia – Northern Forest, without any problems. So far, the Dubai International Baja and the Jordan Baja have been postponed. The next event would be the Italian Baja at the end of June.

However, many of those involved believe that more changes will be made. Before it is possible to start running international cross country events again, the majority of travel restrictions would have to be lifted, in order to allow drivers from as many countries as possible to take part without any risk. We currently expect the season to start in September, possibly in August. 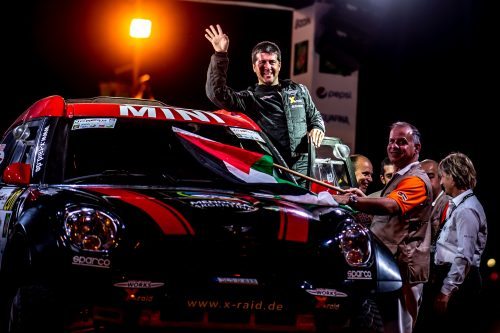 The FIA had revised the points system for the current season. In principal, the same number of points will be issued as in most international automobile series, including Formula 1. However, the drivers can also pick up bonus points: they score a further 1.5 points for every stage win, 1 point for second place and 0.5 points for third. However, the special stages must be over 100 kilometres long. 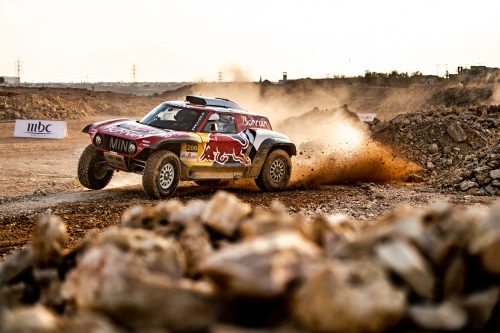 At the last meeting of the World Council, the FIA made a number of decisions regarding the future of cross country rallying.

As it stands, it was decided to maintain the Balance of Performance between the 4×4 and two-wheel drive buggies. This way, all participants have planning security until the end of 2022. This decision allows us to continue to compete at the front of the field with the MINI JCW Buggy and the MINI JCW Rally.

Whether this changes after the 2022 season, and what form the regulations may take after that point, depends on the development of and demand for the 4×4 class. If there is sufficient competition at a high level within the 4×4 classes, this category could take centre stage from 2023. However, this will require several manufacturers to build and use vehicles at a professional level.

In this context, the orientation of the ASO (organiser of the Dakar) should always be taken into account, whose regulations are very similar to the FIA rules, but may also differ. As far as we know, there are tendencies in the ASO to continue to let both concepts compete against each other at top level. Especially since buggies can be better adapted for alternative or hybrid drives due to their design and weight. 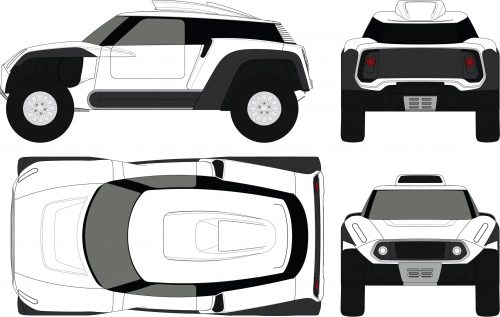 Are you stuck at home and bored? Give your creativity free rein and give the MINI JCW Buggy your very own livery. There are no limits to your imagination here. If you want, you can share your design with us on social media or by e-mail (press@x-raid.de).