The Dakar 2021 represented another milestone in the history of X-raid: for the first time, the team lined up with a project outside the T1 category (prototype cars). In cooperation with Yamaha, an SxS car capable of tackling the Dakar was developed and assembled, based on the Yamaha YXZ1000R side-by-side.

The four-wheel drive Yamaha YXZ1000R Rally prototype was designed to meet various different demands, including offering newcomers to the sport an affordable and, above all, race-ready alternative.

In order to achieve that, the engineers turned the Yamaha YXZ1000R completely on its head. All three dimensions were changed: the SxS was made wider, longer and lower. The centre of gravity was also lowered and the weight distribution optimised. This allowed more grip and greater stability. As no turbo engine is used, the minimum weight stands at 800 kilograms. This will be achieved in the next development step. The side-by-side currently weighs 840 kg.

The axles were also reinforced and the engineers went to work on the driving dynamics: this is the first Yamaha model, on which the damper mount points were positioned on the outside and a specially developed Reiger suspension system installed. The suspension travel is 370 mm. The team also put its faith in familiar, long-term partners for other components. For example, the vehicle features an Akrapovic exhaust.

The drivetrain and 998cc DOHC straight three-cylinder engine remained largely unchanged, with the exception of various GYTR parts (Genuine Yamaha Technology Racing) to improve performance, and a reinforced rear drive shaft to withstand extreme conditions. The ease of maintenance of the engine and transmission was improved by using different subframes.

The “X-raid Yamaha Racing Rally Supported Team” lined up in the T3 category (a subcategory of the Car class) at the Dakar 2021, as it had not yet met all the requirements to enter the T4 class. This class was created for SxS, of which a minimum number have been made, in order to separate them from the prototypes. With second place in the T 3.1. Light Weight Vehicle class and victory in the Women classification, the duo of Liparotti/Fischer achieved a sensational result on the car’s debut.

The car us not yet available to lease or purchase. If you are interested, please contact us 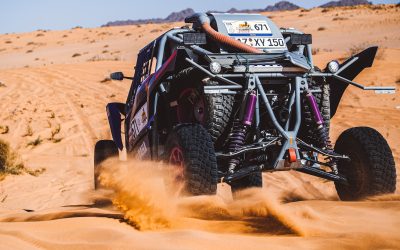 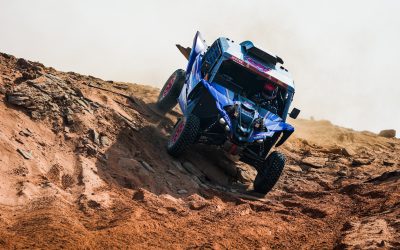 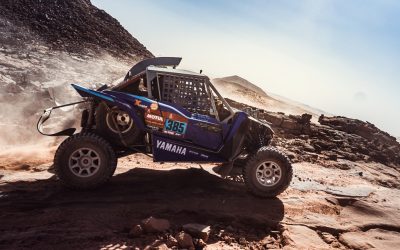 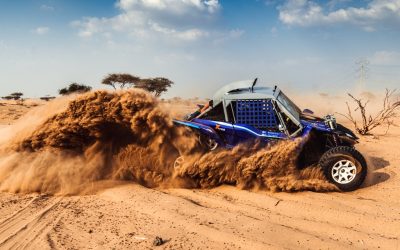